To Russia With Love – White Nights and Highlights in St. Petersburg 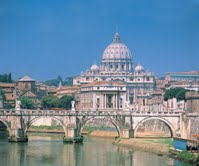 A highlight of any Baltic cruise is a stop in St. Petersburg, Russia. Home of the former czars, this city boasts magnificent churches, palatial residences, charming canals and one of the grandest and most important museums in the world. In fact, there is so much to see that most cruises spend two days in port in St. Petersburg!

Cruise lines such as Oceania Cruises, Regent Seven Seas Cruises and Silversea Cruises offer comprehensive tours of the city, hitting the major attractions. Well-recommended Russian tour companies, such as Red October, are also very good options. Because you’ll need a visa and a letter of invitation to enter Russia, it is highly advisable to go on a group tour. Escorted tours with most of the North American cruise lines generally do not require the letter of invitation as long as you stay with the group. Check with your Key Traveler specialist to be sure.

It’s nearly impossible to see everything in St. Petersburg, but some attractions are simply not to be missed.

Hermitage Museum. The main building of the Hermitage is the former Winter Palace of the Russian czars. What began as Catherine The Great’s personal art collection is now a world-renowned compilation of almost 3 million pieces, ranging from prehistoric pottery to ancient Greek and Roman coins, to paintings and sculptures by some of the most celebrated Renaissance artists, and of course, exhibits featuring objects from throughout Russian history. The experts say that if you were to spend one minute looking at each exhibit on display in the Hermitage, you would need 11 years before you’ve seen them all!

Because your cruise ship will likely overnight in St. Petersburg, take this opportunity to enjoy a ballet. The Hermitage Museum Theater presents some of the best-loved ballets: Swan Lake, Sleeping Beauty and The Nutcracker, to name a few. Or spend your evening at the spectacular Mariinsky Theater, home of the world-famous Kirov Ballet. Be sure to purchase tickets well in advance.

Peterhof – Peter the Great built this “Russian Versailles,” modeled after the French Versailles, as his Imperial Palace. Some say Peterhof is even more spectacular. Stroll through the gardens overlooking the Gulf of Finland, then walk through the splendorous palaces and recall wistfully how “the other half” once lived. Marvel at nearly 100 fountains, particularly The Grand Cascade — twin waterfalls flowing over stairs that descend from the palace, flank a stone grotto and empty into a huge pool dominated by a statue of Samson defeating the Lion. The Grand Cascade alone contains 64 individual fountain sprays and over 200 bronze statues. An interesting fact is that none of the fountains at Peterhof is powered by pumps, but rather by water pressure created by the elevation differences.

If you only have time for one more excursion, visit the Resurrection of Christ Church, right on the Neva River. The church was built in the late 19th century by the Russian Imperial family to honor Emperor Alexander II, a champion of social reforms. It is known by several names; most tellingly, the Church of the Savoir on Spilled Blood because it lies on the very spot where Alexander was assassinated. After the Bolshevik revolution, and the onset of nationwide atheism, the church was closed and ignored. It’s kind of a miracle that it wasn’t destroyed at all. In the 1970s a restoration project began that took 25 years to complete! The church now evokes its original Russian-style glory, featuring those iconic onion domes on the outside and gorgeously restored, shimmering mosaics covering the walls and ceilings inside.

During the early summer months, St. Petersburg commemorates its famous Russian White Nights. The sun never really sets, and residents and visitors alike revel with The White Night Festival, basically a 2-month long party. Special theater performances are scheduled throughout the city, cultural and amusement venues are open until “sunrise,” and impromptu street parties create a general feeling of celebration. If you get the chance, join in and help “paint the town red.”

After spending two days touring St. Petersburg, you may be a bit tired, but the memories and photos will be worth the visit.